Should You Upgrade from Windows 10 to Windows 11

In this article we will explore some key differences and similarities between the two operating systems and if it is worth the upgrade from Windows 10 to Windows 11. As you may, or may not, know Windows 10 was supposed to be the last version of Windows. Microsoft announced that it would stop doing full version releases and switch to an update model analogous to service packs.

Well, that idea didn’t last long and here we are at Windows 11. You can’t fault them too much for changing their minds – they are allowed to do that. Obviously, some marketing and software engineers back tracked on the idea and decided it would be better to release new versions.

Now if you are like me, you want to experience the latest and greatest. I don’t really even care if it’s well polished, I just want to play around with shiny new things. Windows 11 is no different.

First impressions is it’s nice to look at it. Dark theme is really caked into the OS and makes it look super techy (almost hacker like). All the windows have rounded corners now which makes it look almost iOS like. If you prefer light mode that is fine too, and you have the ability to switch. 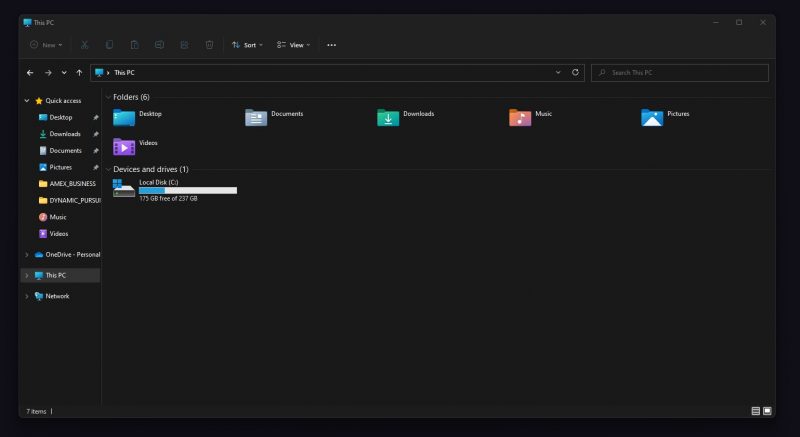 The start menu keeps evolving and pins your most used apps and documents to it now. While moving your username and settings button to the bottom. I rarely even use the start menu anymore so, to be honest, I could care less what they do with it. All my most used apps are pinned to the taskbar, and the things I download go to the download folder. If you’re like me, any changes with the start menu are irrelevant (as long as it’s not that god awful full screen windows 8 stuff). 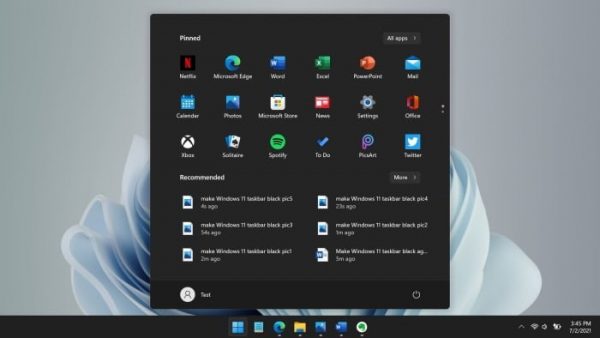 The start menu on Windows 11 pins your most used apps and documents. Not a crazy difference from Windows 10 really.

Well, they got one thing super wrong with Windows 11, and that’s the taskbar. It functions pretty much the same as Windows 10, but they removed many options to customize it. I need to maximize productivity and always have like 5 chrome instances open, a few word documents on the go, notepad, calculators, etc. This means combining taskbar buttons is hugely important to me. There are three options in Windows 10: Combine taskbar buttons when taskbar is full, always, and never.

I always set this on “when taskbar is full”. This will give this result:

The result when the taskbar does not combine buttons.

When it’s set to always, you get this result: 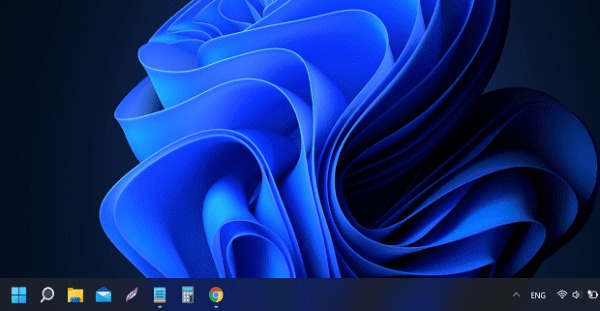 The result when the taskbar is combined in Windows 11.

For me being able to quickly read what app is open, or what tab is open in chrome is extremely important. Without this I get confused between the Spotify, excel, and WhatsApp logos for example (they are all green). Honesty, when you working quickly which one is easier to decipher:

So with all that in mind: Windows 11 has removed the ability to not combine the taskbar buttons! Unbelievable! It is set to “always combine taskbar buttons” and there isn’t much you can do about it without third party software. We will see how this article ages, as I’m sure there will be enough uproar that Microsoft will eventually restore that setting.

Lastly, the default placement of the taskbar buttons is in the middle of the screen. Uh – no thank you! To the bottom left you go. I suppose this can be nice if you are a mac user bouncing between operating systems.

Real world performance is the same as Windows 10 in my opinion. Now you can get the fancy benchmarking tools out to get quantitated results – but I couldn’t tell the difference between my Windows 10 machine and my Windows 11 machine.

I have fairly new machines so perhaps I’m not a good candidate for an overall opinion. There is in fact results that show Windows 11 performs better on older machines as it focuses on foreground apps, leaving the background apps in pseudo sleep modes. So if you have an older machine running Windows 10 and it’s sluggish, I would definitely upgrade to see if you get better performance.

For gamers you’ll most likely want to upgrade as Windows 11 supports DirectX 12 Ultimate. The latest and greatest games will be using this as well as DirectStorage and Auto HDR. These process load times, and visuals much better than what Windows 10 can offer.

There is a dedicated widget button on the taskbar that can show you information relevant and important to you: photos, stocks, weather (the boiler plate stuff). It is handy to get all your updates by the click of a button though!

Get the information important to you via widgets: stocks, sports, weather, etc.

I’m not a huge widget person, I tend to just Google the info I need. This is more likely because that’s the way I have done it for years and old habits die hard. I’m going to try to swap over to these though.

Here are some more important points:

So to answer the articles questions: Should you upgrade from Windows 10 to Windows 11? I would say, yes to the vast majority of people: gamers, casual computer users, students, etc. The only people I would say no to are people who really really hate change, and productivity nuts. In a year or two I would see the state of the OS and make a decision then for those users. Eventually everyone will upgrade.

If you are in the Vancouver, BC area and wish for us upgrade your machine from Windows 10 to Windows 11 please see our service website here: dynamictech.ca/computer-help 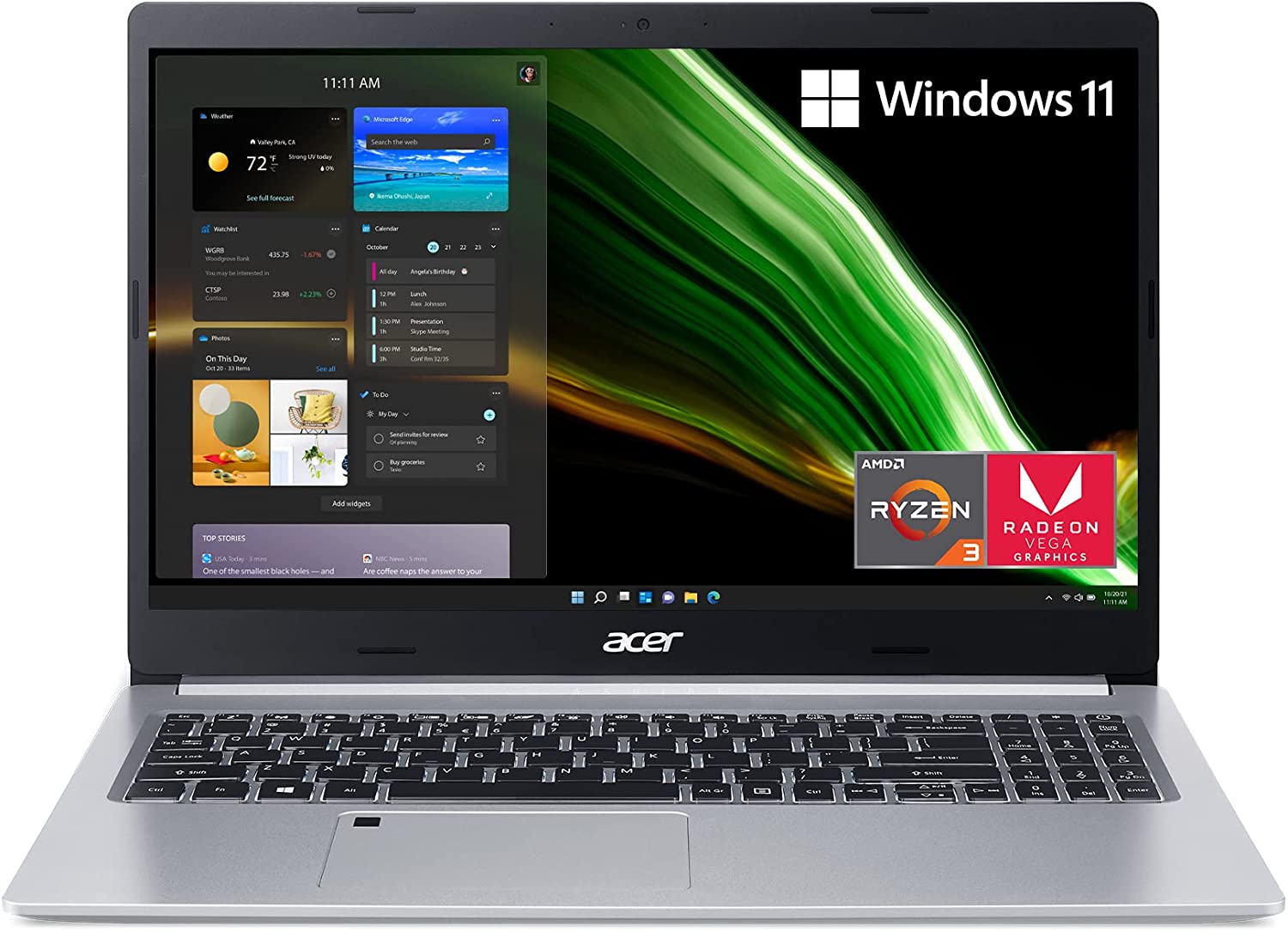 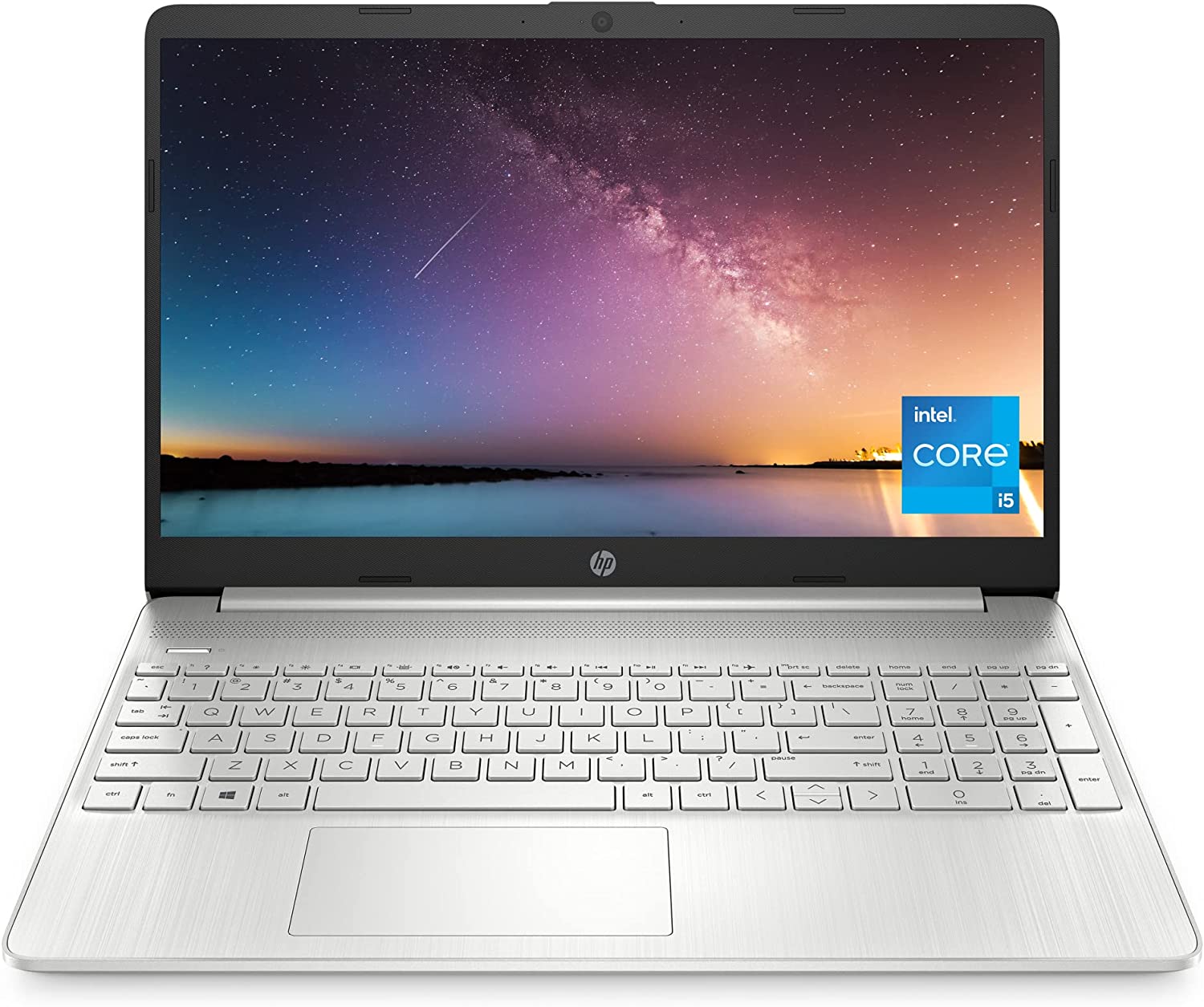 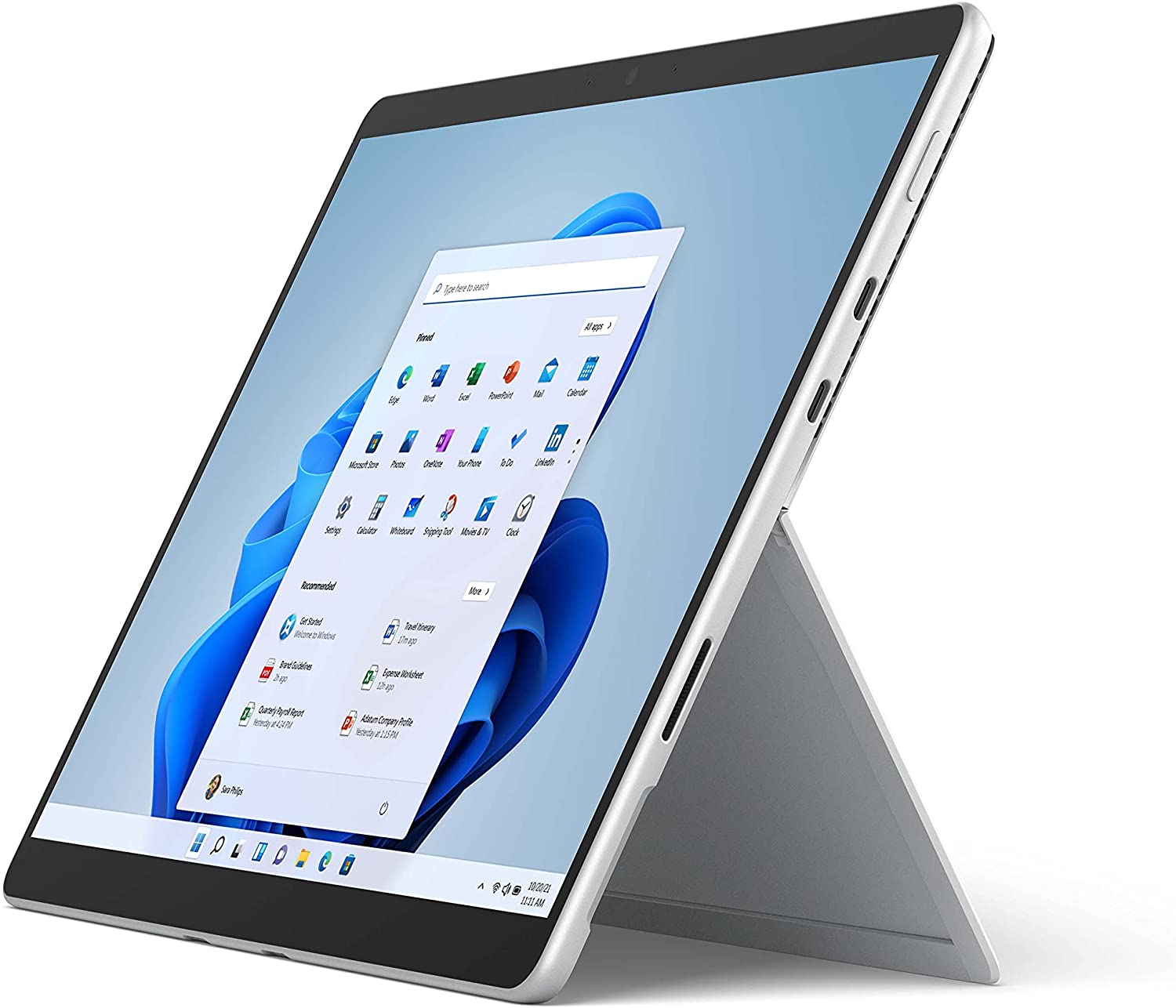